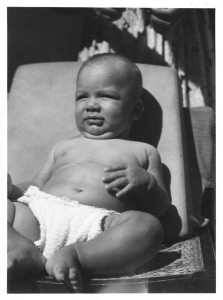 I was still a baby when my mother decided to visit India to see my grandfather, leaving my father alone to fend off the predatory women in Dodoma.

My siblings had failed to swap me for the healthier looking baby at the hospital, or maybe they had as I grew up to be six foot two and they were, well, let’s say I was head and possibly shoulders taller. They were safely at school in England and as I had previously said, my father was left to defend himself from the predatory women in Dodoma while my mother and I set forth.

We took the train to Dar es Salaam, then the M.V. Inchanga, a cargo 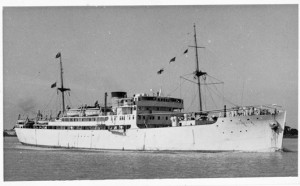 ship, along the coast stopping at Tanga and Mombasa before
crossing the Indian Ocean to Colombo, Ceylon (now Sri Lanka). We visited Kandy (where the giant Buddhas are), I was a much smaller version. From Colombo, we travelled on to Madras (now Chennai) and then by train to Bangalore. Later, we visited Ooty where my mother bought a bicycle to ride about town with the baby in tow.