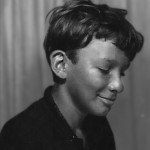 I was born in a mud hut, nothing strange about that, millions are born in mud huts every day. I do confess the mud hut in question was a hospital and the only one for hundreds of miles. The place Kongwa, Tanganyika, British mandate territory, formerly German East Africa.

My parents were living in Dodoma, some sixty miles away. Today Dodoma is the capital of the United Republic of Tanzania, but back then it was a railway junction with a few dirt roads.

My mother was from an aristocratic family that had spent more than 200 years in the Indian Raj. It was the usual practice for the men to return to their estates in England to find a wife. The women would take the arduous sea voyage back to the ‘Motherland’ to have their babies, but not in my mother’s case, she was born in India.

My father had more humble beginnings; his mother was a cook in a big house and father a carpenter who had served in the Royal Flying Corp during the Great War. After being called up in World War Two, dad rose through the ranks from a private and left as a major in charge of a town in defeated German. How this improbable pair met will be explained later.

After driving along a dirt road to Kongwa and depositing my mother at the hospital, he promptly returned to Dodoma. The Monsoon rains had just started, leaving the once dry riverbeds impassable.

As to be expected, I was a difficult birth. The use of forceps failed and only succeeded in giving me a permanent scar on my head. Later I used to boast that this was caused by a fight with a tiger, there are no tigers in Africa. Eventually I was delivered by caesarean section. At this point, I was a strange colour of blue and needed a blood transfusion. I think it appropriate to mention that my blood type, like my nature, is B positive.

Some days later my father and siblings came to visit. They had managed the treacherous river crossings (there were no bridges) to see the new addition to the family, only to be disappointed. At once, my brother and sister wanted to swap me for the healthier-looking baby in the next cot. Due to the popularity of the A. A. Milne’s nursery rhyme ‘Buckingham Palace’ my brother and sister wanted to call me Christopher Robin. I was given the name Christopher, luckily not Robin, and I never went down with Alice.