My first introduction to a TV set was while on a visit to England and they showed the funeral of John F. Kennedy, though sad, it was not what I expected.

American programmes dominated Ugandan TV and on a Saturday morning you would find me watching Charlie Chaplin, Buster Keaton, and Harold Lloyd. Then Tom & Jerry, The Flintstones and The Huckleberry Hound Show more than made up for the lack of sound from ‘the silent greats’. 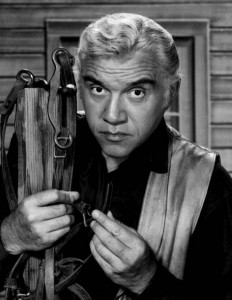 My mother took to this medium with a relish, rushing home to watch the handsome Richard Chamberlain in Dr Kildare and Bonanza, a western TV show starring Lorne Greene (most lawns are green), many years later he starred as Commander Adama in the original series of Battlestar Galactica (a bit of trivia for you). Another was Peyton Place, starring a young Mia Farrow. Her short haircut was the result of a protest when Frank Sinatra married someone else; I used to protest before I had my hair cut.

Sadly, all good things come to an end. The neighbouring country – Belgium Congo, Republic of Congo, Zaire, the Democratic Republic of Congo, well whatever the name, was at war with itself and still is. A mercenary pilot flying an American aircraft bombed a small border town in Uganda. This prompted a ban on all US TV shows and replaced them with some dreadful British or home-grown productions.

This is how we ended up watching my siblings dance live on TV from a nightclub in Entebbe. Exciting, well they were grainy shadows moving across the screen or was it ‘The Shadows’? The group had visited Uganda and one made a very rude remark to my sister when she asked for an autograph.

Are there tigers in Africa? Well, yes. The circus came to town, a lion tamer armed with a chair and whip, not a shield and spear in sight. To everyone’s surprise, a lady was riding an elephant, granted it was smaller than the local variety and it didn’t crush the crops.

I had the ‘pleasure’ of listening to Ravi Shankar playing his sitar on television, but it was not the same as Bugs Bunny. Being a glutton for punishment, I would visit the cinema with my Indian friends to view Bollywood musicals while eating Indian sweetmeats (no meat, but very sweet and sticky desserts).